Providing financial peace of mind across the North of England

We are a firm of trusted Chartered Financial Planners

Putting you at the centre of everything we do

Helping you get to where you'd like to be 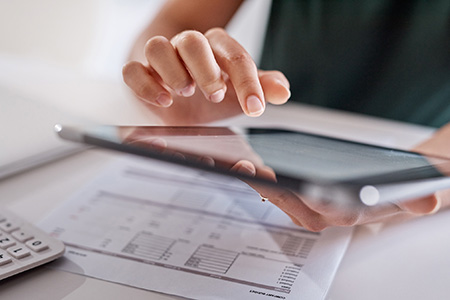 It was a difficult first quarter for investment markets to start 2022. Concerns surrounding inflation and the ongoing war in Ukraine weighed heavily on investor sentiment. Of all major asset classes only UK equities have provided a positive return as other risk assets struggled in the face of these mounting headwinds.

With UK inflation at a 30-year high, and US inflation at its highest level since 1981, there are growing concerns that this stubborn inflation might create a recessionary environment. The worry is that the rising cost of living will begin impacting consumer spending habits, particularly for those whose incomes are not rising at the same pace as inflation. If consumers are forced to reduce their consumption, then part of the economy will fall which could lead to the overall size of the economy falling. 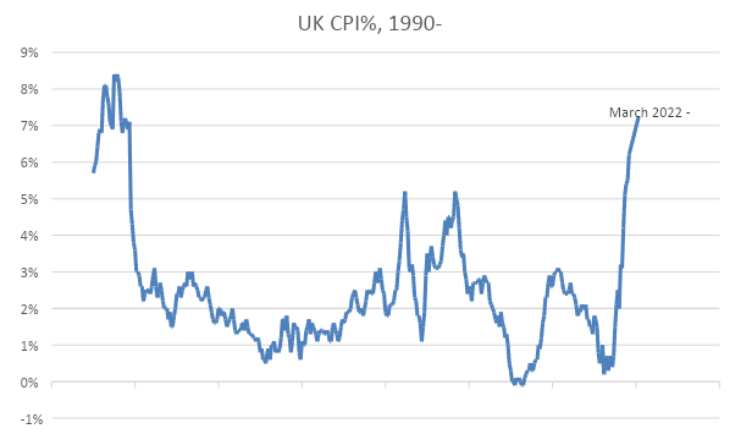 That is no suggestion that economies are on the brink of recession as economic data in recent weeks and months has remained positive. UK unemployment for instance has continued falling and has dropped below pre-pandemic levels. Investment markets are not directly correlated with the performance of economies and it is only concern surrounding the possibility of recession, and the impact this could have on companies, that is a cause for volatility within markets.

Changing spending patterns can perhaps be demonstrated by Netflix’s recent announcement that they had lost subscribers for the first time in 10 years. Netflix were adamant that recent price rises were not the contributing factor to this. But with an increasingly fragmented streaming market, and consumers seeking to reduce costs, it must have been a reason for at least some of those members leaving. 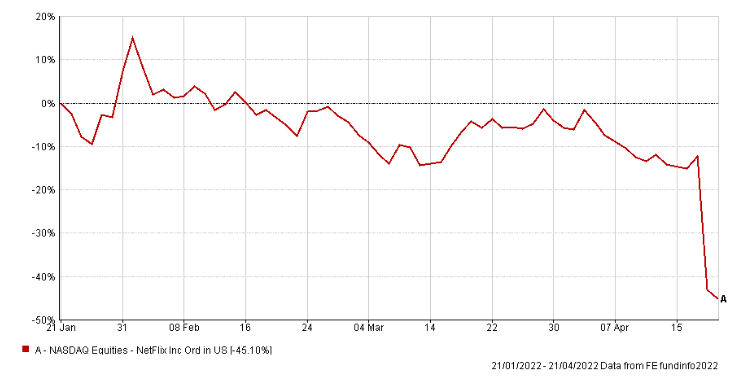 Netflix’s announcement saw the company’s share price fall nearly 40% in a day and there is caution in markets that other businesses may face similar challenges. For businesses to deal with inflation they have the option to maintain prices and reduce profits or pass those rising costs onto their customers. Netflix chose the raising prices option and while not entirely attributable to that fact, raising prices will deter customers. It is a fine balance and not all companies will manage on the same path.

Persistent inflation is also continuing to be a source of volatility in markets as investors consider the policy response from central banks who are attempting to control it. Since late 2021, both the UK and US central banks have been clear that they will raise interest rates and they have both delivered on these comments. While these rises were expected by markets, there remains volatility as a result of guidance by central banks suggesting the pace of interest rate rises could quicken.

Markets reacted negatively to a comment by Jerome Powell, the chair of the US Federal Reserve, suggesting a 0.50% rise in interest rates was “on the table”. This was a change from previous guidance which suggested increases would only be in 0.25% increments. How jittery markets are over a 0.25% difference perhaps best exemplifies the current nervousness in markets towards inflation and interest rate rises.

With inflation so persistent but also so difficult to forecast, it is hard to predict how quickly central banks might make policy decisions in the future. This makes it even more difficult for market participants to value companies. When uncertainty is high in markets, investors generally err on the side of caution.

This caution has already played out to some degree with a large divergence in performance between growth and value areas of the market since the beginning of the year. Growth companies have been the golden child of the low-interest, expansionary monetary policy environment that markets have enjoyed since the great financial crisis in 2008. These policies of pumping money into markets to sustain economies only accelerated in the aftermath of the pandemic and many sub-standard, average companies, saw their share prices rise to astronomical levels. 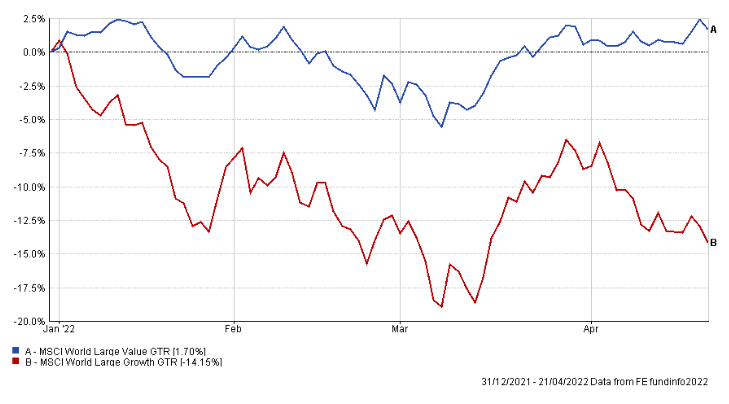 Since inflation and interest rates have started rising however, investors have placed a greater emphasis on companies with strong pricing power and sustainable business models. Markets have sorted the wheat from the chaff and unsustainable businesses have seen their valuations fall sharply. Companies such as Peloton and Zoom, big winners in the pandemic, are an example of this as they are facing greater scrutiny as the world returns to normal.

It is not all doom and gloom for markets. While the major asset classes have faced a challenging start to the year, alternative assets have provided strong returns. Commodity-based investments have been able to benefit from the rising inflation and the disruption in Ukraine as higher prices are a boost to revenues. Property investments have also performed strongly owing to the in-built inflation protection within rental contracts. 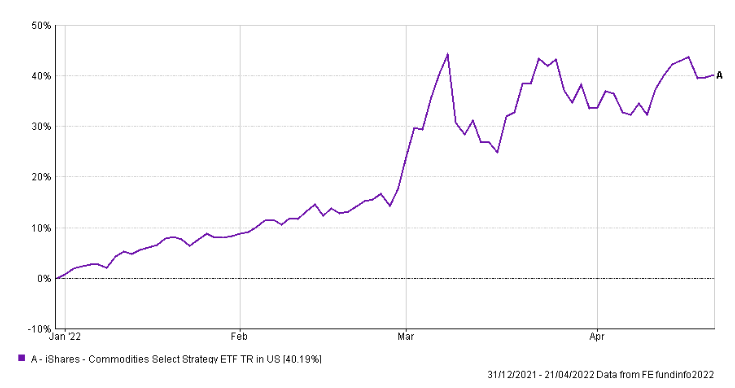 As seen when looking at the differing performance between growth and value, it remains important to remain invested and suitably diversified to not miss out on these markets which continue to deliver positive returns. Despite the risks of inflation, the economic data remains positive and there are opportunities that remain in markets. By trying to time the market or only holding certain assets, you might miss out on these opportunity for growth and leave your portfolio over-exposed to specific risks.

If you would like to discuss your financial plan and investment strategy, then we would love to hear from you. Get in touch with your Financial Planner here at Vesta Wealth in Cumbria, Teesside and across the North of England.

This content is for information purposes only. It should not be taken as financial or investment advice. To receive personalised, regulated financial advice regarding your affairs please consult your Financial Planner here at Vesta Wealth in Cumbria, Teesside and across the North of England.